← ‘Dark Water’ by David Stallings A Play of Impact and Power About the BP Oil Spill
The Long Shrift by Robert Boswell, directed by James Franco → 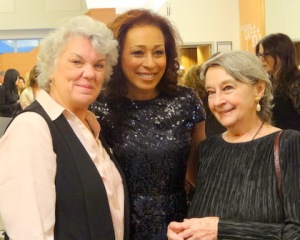 The old adage replicated in the song, New York, New York, is “If you can make it there, you’ll make it anywhere.” The city can be a tough, competitive town for theater folks who are not a part of the Yale Mafia or children of celebrities. That is why a not-for-profit organization like The League of Professional Theatre Women can provide a much needed support network for aspiring actors, directors, producers, costume designers and other women professionals in the industry. Annually the LPTW, gives awards to outstanding women whose dynamic efforts have proved to be an inspiration to league members. This year the LPTW Awards Ceremony and Big Mingle reception was held on March 10th at the Irene Diamond Stage at the Signature Theater. The ceremony, hosted by Tamara Tunie, (Law and Order’s Medical Examiner, Linda Warner), gave me the opportunity to learn about these accomplished, amazing artists and celebrate afterward with league members.

Award recipients included Meiyin Wang:  (The Josephine Abady Award) presented by Susan Feldman (founding Artistic Director of St. Ann’s Warehouse).  Katherine Kovner received The LPTW Lucille Lortel Award  presented by Leigh Silverman. Gregory Boyd presented The Ruth Morley Design Award to Judith Dolan.   Ambassador Cynthia P. Schneider presented The Lee Reynolds Award to Joanna Sherman who shared her uplifting work in conflict areas of Afghanistan, Haiti, Myanmar and Lebanon and how theater is being used to inspire women and bring them toward restoration after cultural upheaval.  Another interesting recipient of a special award presented by Mary Miko was Sondra Gorney. Sondra Gorney is 96 years young, looks wonderful, had a career in the performing arts and is a dedicated, active member of the LPTW. 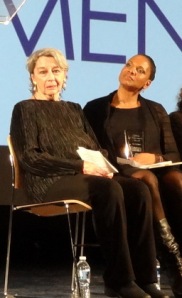 Tyne Daly, (six Emmy Awards and one Tony award) a member of LPTW who is currently on Broadway in Mothers and Sons came out to join in the festivities with her colleagues. She was happy to give recognition to one of the finest theater actors to have graced Broadway and Off Broadway stages over the last decades: the inimitable and indomitable four time Tony Award winner, Zoe Caldwell.

Audra McDonald, friend and mentee of Zoe Caldwell presented her with the LPTW Lifetime Achievement Award. To say the award is deserving is a vast understatement. Zoe Caldwell who is from Australia is still acting; her career began when she was nine years old, which is an incredible testament to the beauty, industry and artistry her spirit embodies.

Before giving Zoe Caldwell the award, the exceptional Audra McDonald (five time Tony Award winner) who will be seen on Broadway in Lady Day (about Billie Holliday’s struggle through a performance in the last year of her life) spoke with great affection about her mentor. Audra McDonald who has named her daughter after Zoe. shared a heartfelt story about when they were in a production together in the 1990s. Audra McDonald had lost confidence when a celebrity had come backstage to visit Zoe Caldwell and treated Audra McDonald rudely. Audra McDonald was deferential and humble which fed the arrogance and superciliousness of the celebrity. After the individual left, Caldwell told McDonald something to the effect that though the woman may not have appreciated who Audra McDonald was, Audra should not give up her power to her. She, Audra McDonald, must be herself and act with her own natural confidence.

Years later, Audra McDonald, award winner, superlative Broadway star, has revealed what Zoe Caldwell knew her to be all along. Zoe Caldwell’s “lesson” in giving up power to those who would steal it if we allow them to is a lesson for all women and certainly for all time. 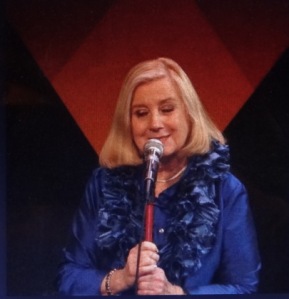 Pat Addiss (here receiving the TRU Spirit of Theater Award: http://worksbywomen.wordpress.com/2010/11/15/pat-addiss-receives-tru-spirit-of-theater-award/) is very active with the LPTW. She is the producer of such award-winning shows as Vonya & Sonia & Masha & Spike; Buyer & Cellar and A Christmas Story, The Musical, returning in Nov. 2014.  She also produced the film Sex, Death and Bowling (dist. 2014). 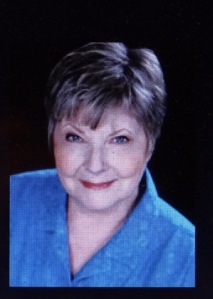 Mari Lyn Henry is the Dean of Students, Tom Todoroff Conservatory. You will find information about her at the website: http://howtobeaworkingactor.com/

The online auction is designed to raise money for theLPTW foundation. The Celebrity Chair of the auction was Tyne Daly who worked with the co-chairs. There were 100 items auctioned which included a beautiful Ruth Morely one-of-a-kind costume sketch, Broadway Tickets, Backstage Tours & Meet the Stars, Off and Off Off Broadway Tickets, Restaurant Deals, Consultations and Coaching Sessions and Getaway Packages to name a few. Auction donors included private individuals, organizations and associations. 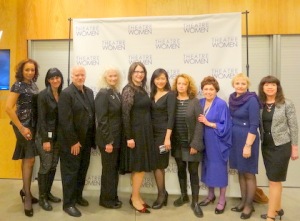 The LPTW remains an extremely active educational and networking association during the years. Events that are upcoming for the LPTW include the LPTW Gilder/Coigney International Theatre Award which will be given to Patricia Ariza, Colombia, South America. The award is given to an exceptional woman theatre artist working outside the U.S.

There are “Networking Mondays Quarterly,” Julia’s Reading Room from September through June: a program that provides opportunities to League playwrights, librettists, directors, actors, and producers to for works in progress to be read. There are special programs, panels and lectures that are educational opportunities offered to members and the community which highlight women theater professionals past and present. The LPTW also publishes a magazine, “Women in Theatre Magazine and of course, has an online site. The association is constantly striving for its members and is the place where women in theatre need to be to share, network and dip into the fountain to replenish themselves

← ‘Dark Water’ by David Stallings A Play of Impact and Power About the BP Oil Spill
The Long Shrift by Robert Boswell, directed by James Franco →