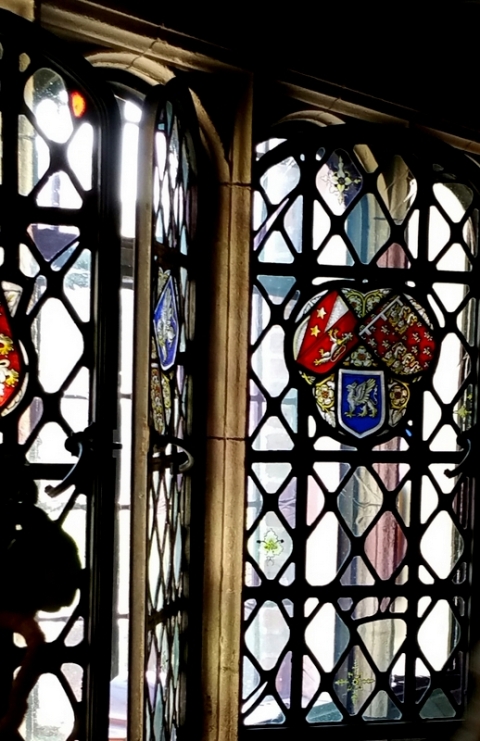 Through the window onto a new reality. Parity Productions launch was hosted by Janos Aranyi and Theresa Llorente in their beautiful home overlooking Gramercy Park. Photo by Carole Di Tosti

Criticism of women advocating for equal pay, equal voice and equal command over their destiny has been easily dismissed by men and their willing women sycophants who have slimed women with the “F” word as “feminist” ideologues. Any momentum to provide women with the opportunity to excel has always been demeaned as “unnecessary” and has been met with resistance.

That is as it should be. Resistance is more productive than hypocritical co-optation which lulls individuals into believing they have made progress when actually they have been running the perimeters of zero.

In the arts, in live theater and in film there has been tremendous resistance to hire women behind the scenes as directors, playwrights, designers, technicians, et. al. And gender inequality is rife in front of the camera as well, with male dominated film subjects, lead characters, stories and well funded blockbusters taking all of the pie and male dominated companies reaping heavy proceeds leaving the crumbs to women lackeys lining up at the back of the bus. (Jennifer Lawrence is in a minority of one with few female colleagues even nearing her status)

A recent Variety article identified gender inequality is not only a plague in the US film and entertainment industry but it is as endemic in Europe as well.  If we don’t understand why and how this has happened, we stand the chance of never equalizing gender roles in the arts.

There was a cocktail hour where guests mingled and were welcomed by Ludovica Villar-Hauser and her team of collaborators at Parity Productions.

Paul Feig (Spy, Bridesmaids, Ghostbusters), who was honored at the 6th Annual Athena Film Festival  with their “Leading Man Award” because of his outspoken stance and support for women, spoke about the under-representation of women in the arts. He labeled it as the “banality of evil.” In other words this has not been an overtly “wicked” and intentional act on the part of men in power.

Feig implied that gender inequity has been borne out of negligence, out of a lack of attention to necessity…the necessity to recognize and reward women for their incredible talents and contributions. That banality is part of the continuance of gender dominance and the comfort of the “young/old boy’s network,” which speaks a “common language” as it comfortably objectifies women. It is these issues and others that have spurred on an unconscious dismissal of women and the passing over of those who are not ready gender cronies.

As for those who have an active mentor or help-meet to give them the 10 legs up they need to begin to compete? There are vastly too few men willing to act as mentors. Women are the ones who must mentor each other as has been occurring with conferences like Women in the World.

Indeed, the government is taking notice. There has been a call to investigate gender discrimination against women directors in the film industry which hopefully will be carried over into theater and the entertainment arts, though the recent cry has been that things have been getting better for women in the theater. Really?

We Do It Together is an example of a global non-profit which has been created to finance and produce films centered around women and dedicated to the empowerment of women.

Others groups like Parity Productions are NYC based with a global reach. They are organizing and strengthening themselves with unity and coherence of purpose by establishing their own opportunities increasing women and transgender representation in the arts so that gender equality is the rule, not the exception. 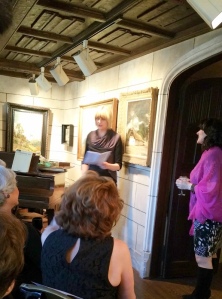 The launch of Parity Productions on Monday May 16, 2016, is noteworthy because it is one of the more accessible ventures in a city known for being difficult to break into at all levels of the entertainment matrix. Parity Productions according to its Founder and Artistic Director, Ludovica Villar-Hauser is the “first organization to combine the art of theater with advocacy for women and transgender artists.” The company mission looks to produce new works and has pledged to hire at least 50% women and transgender artists on every production as well as supporting other productions that have pledged to do the same.

Parity Productions has been blessed that the estate of Sylvia Sleigh has made a donation of 25 rare works of art in the name of Sylvia Sleigh who was a progressive, Welsh-American artist. Sleigh represented equality of subject and treatment of men and women in her art. Her works are being offered for sale as part of the fund raising initiative and can be purchased through the Parity Store (click here).

Shows that Parity Productions will be presenting for the 2016 season are the delightful Village Stories in the summer and the historical Household Words in the fall. Both represent an intriguing and complex look into the place of women striving against paternalism  in the past and how that perspective has ramifications for both men and women in the present. To get a heads up on ticket sales, click HERE.