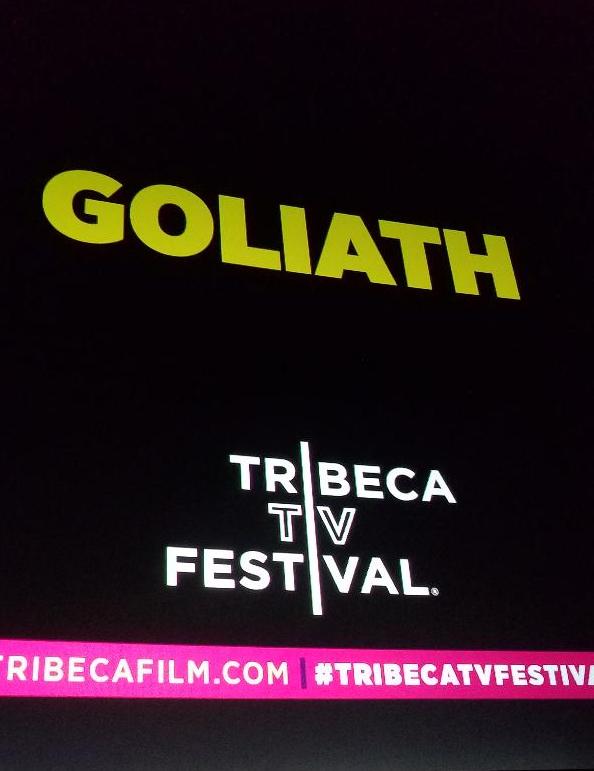 After the screening of two dynamic episodes of GOLIATH Amazon Prime’s Season 3 award winning web series at Tribeca TV Festival, some members of the cast sat down for an enjoyable Q and A along with the director Lawrence Trilling. GOLIATH, created by David E. Kelley and Jonathan Shapiro is a tour de force with superb cinematography that feels more like a film than a TV web series. Season 3 opens on October 4th. 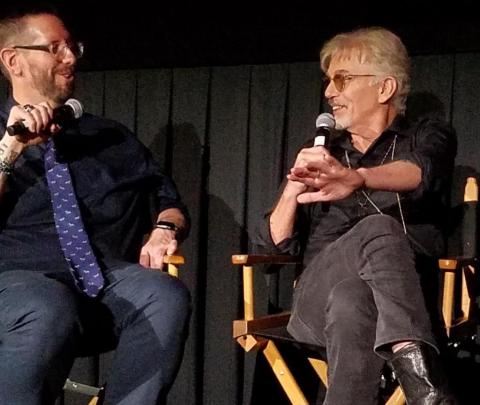 The actors discussed their experiences working with director Lawrence Trilling (all prefer having one director for the entire series) and the enjoyment of working with each other. They also discussed the water crisis of Central Valley California the location of the setting where many of the scenes were filmed. Central Valley is around two hours outside of Los Angeles. It is the agricultural center of the state and globally important for producing nuts, fruits and vegetables for the U.S. and world-wide markets.

Trilling and the others stated that the scenes related to the small town in the Central Valley represented what is happening to the townspeople who have no water coming from their public water supply taps. So when we note in the series someone driving up with cases of water to deliver to various households, this bottled water must be rationed out. They must use bottled water for showers, to wash dishes, for drinking and all their household needs. Water is a precious resource that they don’t have. It’s being diverted to wealthier land owners, corporate farmers and ranchers. It came out in the discussion that so much of it is wasted and the landowners are overpumping to get more water, sometimes to no avail and certainly to the detriment of the land. At the least, it weakens the ground structure and creates sinkholes.

A statistic that seems amazing in this dearth of water for households was quoted during the Q and A. It takes two gallons of water to grow one almond. Meanwhile, households in the area are starved for water and little farms get just a trickle to irrigate their crops, mostly having to depend on rain and good weather. Since almonds are the staple crop that the billionaire Blackwoods Wade, played by Dennis Quaid and Diana, played by Amy Brenneman, are growing out in Central Valley and the trees require a tremendous amount of water, who gets to determine the allotment of water? Is it based on need, money, fairness, greed, equity, decency?

Indeed, the Blackwoods have a tremendous need for water to irrigate their trees. Diana is using the almonds additionally for her own skin care line and medicinal products like milk baths to soothe and relax from the pressures of the water crisis. In a tense, wild scene, Diana has breakfast with brother Wade as he chills out in a milk bath. Amy Brenneman joked about her character’s relationship with her brother which appears untoward and eerie. As the series continues how their relationship evolves is superbly drawn.

Billy Bob Thornton has worked with Dennis Quaid before and they have known each other for years and are buddies, relaxed and comfortable with each other. Thornton admitted that working with actors you’ve worked with before and with a director you have an established relationship with is the best. You have a kind of shorthand you use based on previous knowledge with each other. 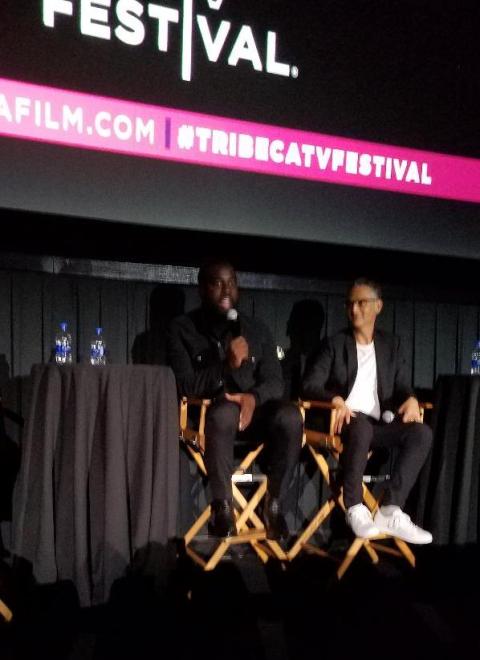 This is something which I’ve heard actors and directors discuss is the reason why they enjoy working with the same individuals. Robert Di Nero and Martin Scorsese work with a shorthand, also. 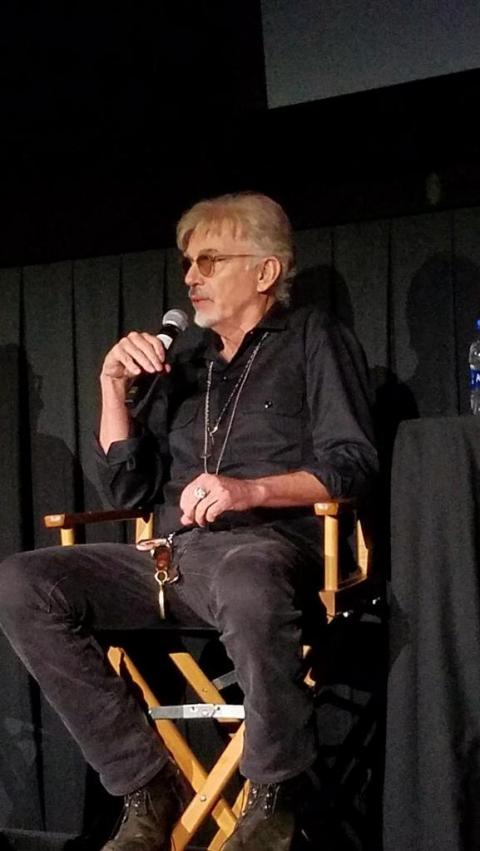 Thornton admitted that when he read the script it was natural and easy and he knew he could play the character who felt like him. The first season out he won a Golden Globe and part of that is due to his understanding and familiarity with the character whose dialogue the writers have kept authentic and viably sincere.

In not trying to reveal too much of the future episodes, Shamier Anderson who plays a twin who is deaf mentioned that it was enjoyable to come up with differences in his twin’s characters with specificity. He had fun working on their ethos. He gave them different clothing and changed the voice, their gait and all the other elements so that tech folks were surprised that the same man was playing two different characters. He also discussed how director Trilling shot the scenes with the twins.

Amy Brenneman joked that in the later episodes Shamier’s characters are like her sons. The irony is that both Diana, Amy’s character, and the twins resemble each other in their manner. They have the same insidious smile that bodes ill, though it is a come on that all is fine. The characters are sinister and scary. For his part Billy Bob as Billy McBride takes all in his stride in his wry, ironic manner which heightens the humor.

Nevertheless, the series is  darkly ironic and is filled with menacing, atmospheric shadows and weird tensions due to Trilling’s superb direction and the choices he makes convey the malevolent severity of the water crisis and the billionaire family that is behind it.

Nina Arianda who plays the humorous, wacky Patty Solis-Papagian shared the backdrop of a scene when she blows a tire and is waiting for Triple A to come and repair it. She and Trilling decided to include what happens in the scene that took place realistically. A bee flew in and was harassing her. Other spontaneous occurrences happened as they always do on shoots. Arianda and Trilling came up with a few more of which we’ll look for during the series season.

GOLIATH opens on October 4th on Amazon Prime. Don’t miss it. For my review of the first two episodes of the series, go to this link: https://caroleditosti.com/2019/09/15/tribeca-tv-festival-continues-its-2019-series-reveal-goliath-starring-billy-bob-thornton-nina-arianda-dennis-quaid/