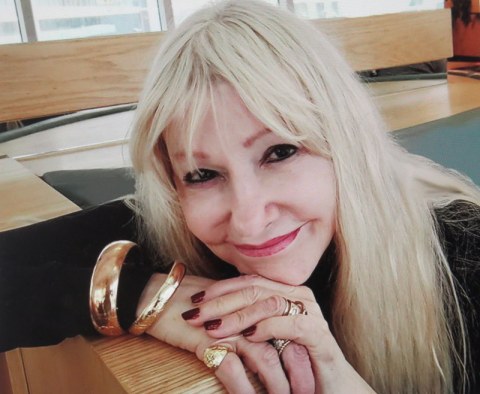 When playwright Rosary O’Neill was living in New York City, she was inspired to write Plane Love based on her own love relationship and the love relationship between Clark Gable and Carole Lombard. She mounted a number of successful readings of Plane Love at the National Arts Club, The Player’s Club, The Actor’s Studio and a few other venues. I attended a few of these readings and reviewed Plane Love which is an intriguing and beautifully written love story,

Rosary and I had the opportunity to touch base in emails, texts and phone conversations these past months. It was then she mentioned that she had reworked Plane Love into another version of the play and titled it Clark and Carole. Playwrights and writers who subscribe to my Social sites will be interested to discover Rosary O’Neill’s motivation in reworking an older idea. Arthur Miller said in the biographical film about his life and writing that he felt that he was never “finished” with a work. He believe that there was always something more to discover.
The thrust of this interview with Rosary O’Neill about this play that she refashioned, follows Miller’s conceptualization that writers are not always “finished,” with their works. And indeed, the great writers are always evolving and reshaping what they’ve written. The interview with Rosary was conducted via email. 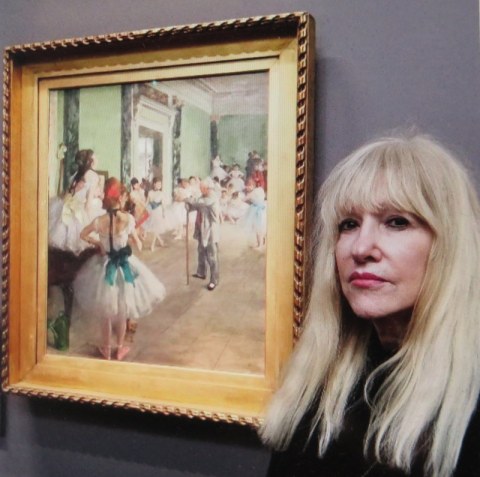 What if any are the differences between the old version (Plane Love) and this new version (Clark and Carole)?
The new version Clark and Carole is set in 1937-42 rather than today. So we have all the delicious details of pre-World War II Hollywood glamour: the big movie stars, the glorious silver screen, the larger than life seductions. Most importantly are the lure and the sizzle that sparks the real love behind the silver screen.
Why did you decide to change the title from Plane Love to Clark and Carole?
The play was always based on the wild, strange, circuitous and surprising love story of Clark Gable and Carole Lombard. Their relationship took off during the time when Gone with the Wind was shot. It was also a time when Hollywood stars lived on ranches outside Los Angeles and their amorous girl friends were lured by letters, phone calls and surprise visits. Since the play was actually based on Clark and Carole I decided to put their names in the title to make that clearer. I also changed the characters’ names to “Clark” and “Carole.”
I found that using the title Plane Love and changing the names of Clark and Carole to Bill and Jane confused audiences so that they forgot or didn’t get the story was based on the love affair of Gable and Lombard. Because much of the plot—unwanted pregnancies, children put up for adoption, infertility—that was considered “shameful” in the time of Clark and Carole is no longer considered so, I felt I could remove the guise of an update and name change.
In the earlier version of Plane Love, I had the Carole Lombard character live after the plane crash and find herself pregnant, in the search for a happier ending. In the Clark and Carole play I returned to the real and sad ending. The crash that killed Carole Lombard sent Clark into shock, a love shock he never truly recovered from 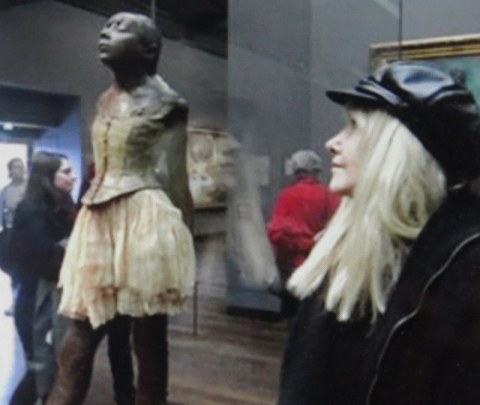 What is Carole and Clark about?
It’s about love, Love, and more LOVE. It’s a madcap love story told through letters and phone calls and secret meetings and wild romance that ends in a fantasy marriage, furious love, infertility, more lavish romance, a plane crash, and FOREVER LOVE.
What is poignant about their relationship?
What’s heartfelt is how they loved and never stopped loving each other. She was racing home through bad weather on a prop plane to be with him for her birthday. She never made it to his loving arms.
They had both been married unhappily. Clark was married twice, to his acting teacher, and a society maven, both of whom launched his career. Carole was married to the famous actor William Powell in a partnership that strengthened her career.
Both Gable and Lombard were at the height of their careers and had more roller coasters to ride when their love affair ascended. Other actresses embroiled with Clark and Carole who added fuel to the tryst included Loretta Young, Joan Crawford, Jean Harlow and Lana Turner. One of these glamorous stars added an illegitimate baby to the mix. 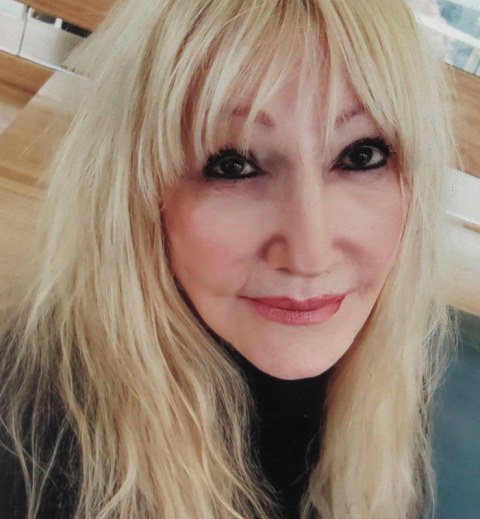 Why might millennials, the younger generation, be interested in learning about Carole Lombard and Clark Gable and that time in Hollywood?
It was a GREAT TIME of beauty and intrigue. Stars started young. Bloomed young, died young. Jean Harlow died at 24, Carole Lombard at 33. Jimmy Dean died at 24. This was the time before bodywork and face-lifts, and lip injections happened on the scale that they occur today. The the line up of youth and beauty was awe-inspiring; and of course, women’s careers ended by 40-years -old.

Actor training for the screen was coming into its own. Gable studied acting (Stanislavsky method) prodigiously. The screen required close ups and psychological verity. The secrets of the stars were kept secret and so their beauty was magnified with supposed virtue. This was the pre-drug pre-decadence pre suicide era. It wasn’t that problems weren’t rampant, they were just hidden, and virtue and good looks were promoted.
Why were you drawn to these personalities particularly and not others during that era of Hollywood or later?
I have always been attracted to actors from a broken past. Gable and Lombard each, like Marilyn, like Jimmy Dean, like Monty Clift lost a parent at an early age. They grew up in a broken household and looked to the theatre to build their dreams. All the actors I’ve studied worked so hard to be great artists. And they were each successful until—some big blow. For Dean and Gable/Lombard and Clift, it was a big physical crash. For Marilyn it was a body pill crash.

I love Gable because he worked so hard to be a great actor and had such a bucolic but buoyant sense of humor. Carol Lombard bore all kinds of pain and endured betrayal and trickery to work her way into stardom and into the arms of Gable. I also love Clark and Carole because of the tragedy behind their beauty. Carole couldn’t conceive, and Gable couldn’t keep her. Finally, the actors were on a timeline. Pre plastic surgery and pills, pre fertility pills and drugs, pre exercise and life coaches, time ran out.
But in my play, there is no time limit. Glark loves Carole and Carole loves Clark, forever!
You will be able to see Rosary O’Neill’s play Clark and Carole on July 20 at 8 PM in a live streaming format on these links below.
Alan Smason is producer/director of the reading. Kelly Lind and Robert Pavlovich play Carole Lombard and Clark Gable.