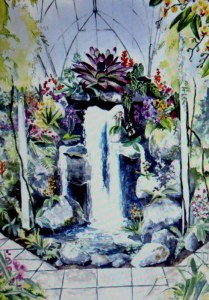 Orchiddelirium, the theme of the NYBG Orchid Show 2016

Are you a fan of orchids? Do you properly care for them? Or do you end up having to throw them away? When orchids were first discovered, people were devastated when they killed them because other orchid plants were not easily accessible. in the 1900s orchids were a rare flower commodity until things began to change and they grew in popularity as they became known.

Orchidelirium was the title given to the Victorian era of orchid flower madness when collecting and discovering these exotic and beautiful plants was the intention of wealthy merchants and fanatical collectors. Motivated by the flower frenzy, they hired explorers to uncover different, unknown species from far flung reaches of the world oftentimes at great danger to themselves. The obsession with orchids never really died down if one reads Susan Orlean’s The Orchid Thief,  a humorous tome about orchid collecting and the lengths to which those in the business go to indulge their passion for orchids, even theft. 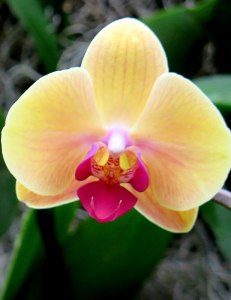 For orchid passionistas, the NYBG has an extensive collection of exotic and rare orchids, some that don’t even look like orchids, yet, they do belong to the same plant family. Because of the ever popular annual orchid show in February of each year, it was no large leap to understand how NYBG orchid curators and exhibit programmers might have gained inspiration from the frenetic orchid craze of the Victorian era to revisit that time and spur on fans’ curiosity and love of the exotic blooms, by referencing the Victorians’ fervent obsession.

Orchidelirium the NYBG 14th annual orchid show which opens on February 27th and ends on April 17th, promises to inform, dazzle and celebrate the century-old appreciation of what Mark Hachadourian, NYBG Director of the Nolen Greenhouses and Rock Garden for Living Collections-and an orchid fancier, has characterized as the largest and most environmentally adaptive plant family in the world. 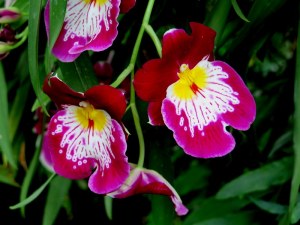 Visitors to the landmark Enid A. Haupt Conservatory will step back into the time when orchids were a rarity to confound and mesmerize. Wealthy Victorians were surprised that some of the lavish blooms had no fragrance while others did. Nevertheless, they were enchanted with the orchid’s symmetry and pixie tongued faerie face that elevated the flower to a symbol of power, opulence and luxury in England.
The indulgent fascination with the vast varieties of blooms of a continuum of shapes, sizes and textures will thread the exhibit and highlight how these amazing flowering plants were transitioned from the wilds of jungles and deserts to indoor cultivation in conservatories and glasshouses, and eventual commercialization when the price could be stabilized and lowered for the middle classes. 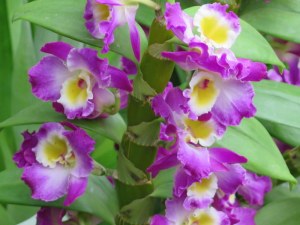 NYBG orchids from previous years at the Orchid Show.

The NYBG’s substantial and elegant permanent collection represents all the floristic regions of the world. These include Australia, Africa, South America, and Madagascar. The exhibition will showcase some unusual and rarely seen jewels in the NYBG orchid crown. One such specimen is the spectacular Psychopsis papilio which inspired the Duke of Devonshire’s obsession that instigated Orchidelirium in London. Another inspiration which will be displayed is Paphiopedilum sanderianum which was named for the nurseryman Frederick Sander, the self proclaimed “Orchid King,” a plant which is renowned for its petals’ remarkable length. 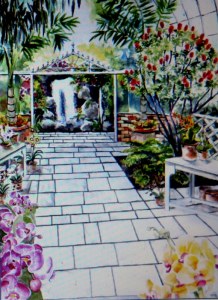 Moving on through the Conservatory galleries, visitors will learn about the transition of orchid growing. The trendsetting Duke of Devonshire began collecting orchids in 1833 at his Chatsworth House estate (still there today). His head gardener, Joseph Paxton, revolutionized the way orchids were cultivated in England by innovating larger and more effective glasshouses, beginning with the Great Conservatory in London and culminating in his masterpiece, the Crystal Palace of Prince Albert’s Great Exhibition in London in 1851.
A series of orchid vignettes will recapture the brilliant glasshouse displays that the Duke and other collectors tirelessly effected with their newly acquired delicate specimens brought back by explorers, hunters and adventurers with whom they fiercely competed for various plants and endured all manner of thrills facing animals, reptiles, humans who would readily pounce on them for disturbing their territory. 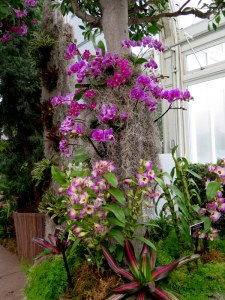 Orchid varieties number into the thousands. Some of these will be represented at the NYBG Orchid Show 2016.

From antique to modern, the orchids are in stand alones amongst the glasshouse greenery, as well as in hanging baskets, hanging pots, Victorian wall displays and elsewhere, in fact, wherever you turn. Each area of the conservatory will contain a diverse selection of orchids from around the world. Formal arrangements will be intermingled with casual plantings however, in typical NYBG fashion. And you can expect that all will be made exuberantly gorgeous and lush with a riot of blooms assaulting the intellect and immersing one in a sensory playland. A small stone patio will accommodate a stunning Wardian Case (an early type of protective terrarium for plants), housing a selection of miniatures. 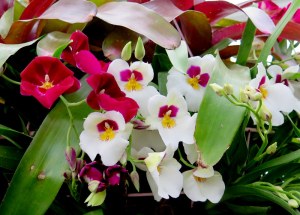 Diverse programming will follow the exhibit during which a variety of events will take place: Orchid Evenings, World Beat: Music and Dance around the World of the Orchid. There will be weekend orchid care demonstrations with topics like “Easy Orchid Care,” “Fantastically Fragrant Orchids, and “Orchid Tips for Amateurs.” These important tips will encourage orchid purchasers and collectors to properly maintain their orchids so that they may bloom more than once and so that they may even harvest the orchid seeds. Once you become more familiar with orchids and their care, the temptation to throw away an orchid because “it won’t bloom,” will be counteracted with, “I am going to get this orchid to bloom a few times, and will NEVER consider throwing it away.”

Kudos go to designer Christian Primeau who oversees the extensive tropical/subtropical plant collections housed in 11 unique environments in the Conservatory. Marc Hachadourian curates the exhibit’s orchid selection and the NYBG’s extensive groupings of living plants from around the world housed in the Nolen Greenhouses, the behind-the-scenesglasshouses where plants for the Garden’s indoor and outdoor and science program are grown and maintained.

The 14th annual orchid show ORCHIDELIRIUM promises to be an enlightening and enjoyable way to usher in springtime at the NYBG. The show begins on February 27th and ends April 17th. You can learn more at the NYBG website by clicking HERE.
Photos and copy details courtesy of the NYBG.